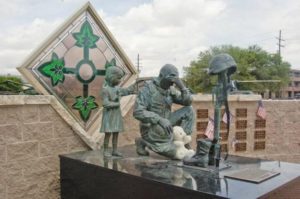 This was forwarded to me by a brother in law enforcement and I felt it was well worth sharing .

Where is this statue?

This statue currently stands outside the Iraqi palace, now home to the 4th Infantry division. It will eventually be shipped home and put in the memorial museum in Fort Hood , Texas The statue was created by an Iraqi artist named Kalat, who for years was forced by Saddam Hussein to make the many hundreds of bronze busts of Saddam that dotted Baghdad Kalat was so grateful for the Americans liberation of his country; he melted 3 of the heads of the fallen Saddam and made the statue as a memorial to the American soldiers and their fallen warriors. Kalat worked on this memorial night and day for several months. To the left of the kneeling soldier is a small Iraqi girl giving the soldier comfort as he mourns the loss of his comrade in arms.

Do you know why we don’t hear about this in the news? Because it is heart warming and praise worthy. The media avoids it because it does not have the shock effect. But we can do something about i t. We can pass this along to as many people as we can in honor of all our brave military who are making a difference. 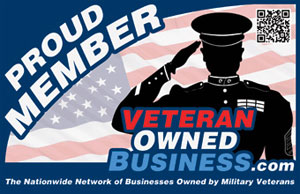